Four Gory Reasons To Keep Your Eye On Carrion 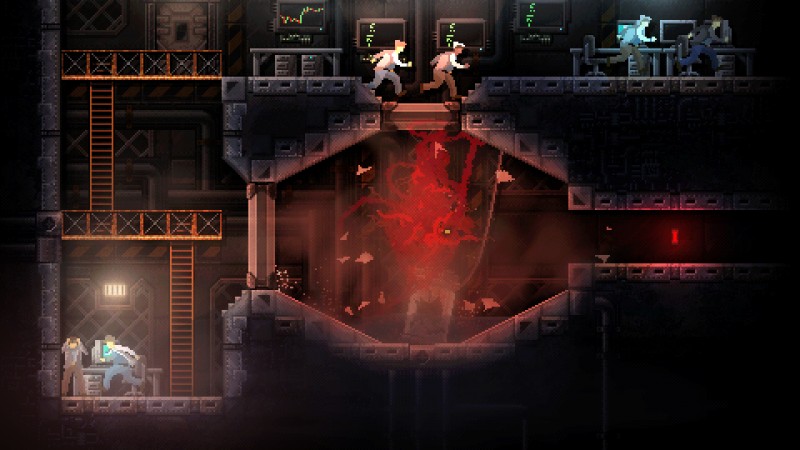 Alongside the torrent of blockbuster games that occupy the open sprawl of E3's show floor, there is also a wave of smaller-budget, independent titles. This year the one that caught our attention (even winning our Best Indie award) the most is Carrion, a "reverse horror" game being developed by Phobia Game Studios and published by champion of small and weird games, Devolver Digital. We went hands-on with Carrion, where you play some kind of monster or science experiment gone wrong, trying to escape from a facility filled with scientists and soldiers.

Here's why we came away impressed with this horrific outing and why you should keep your eye on it as it slithers toward its 2020 release. 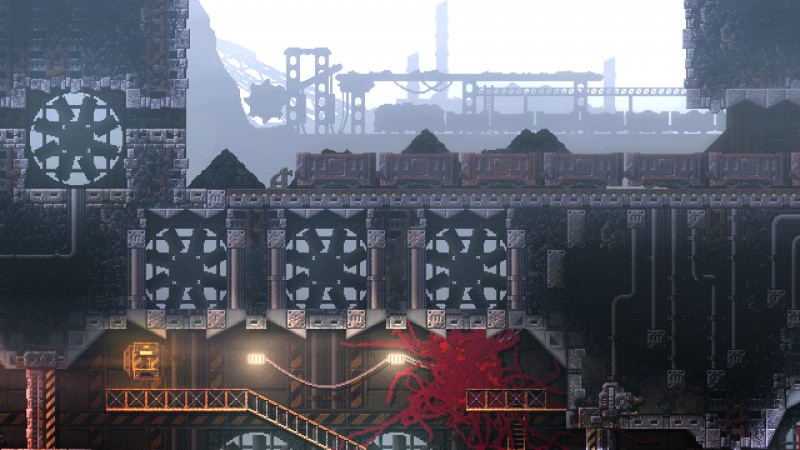 You Get To Eat People

As the mysterious creature, you have a number of powers that we'll get into soon. To recharge those powers, you need to constantly mitigate your size. To add mass to your form, you're gonna need to munch down on hapless fools who come your way.

Devouring foes in Carrion is a fittingly gory slapstick affair, with limbs being flung around in every direction to the sounds of munching and squelching. It's as frantic and goofy as it is hilarious and never got old during the hour that I played the game. 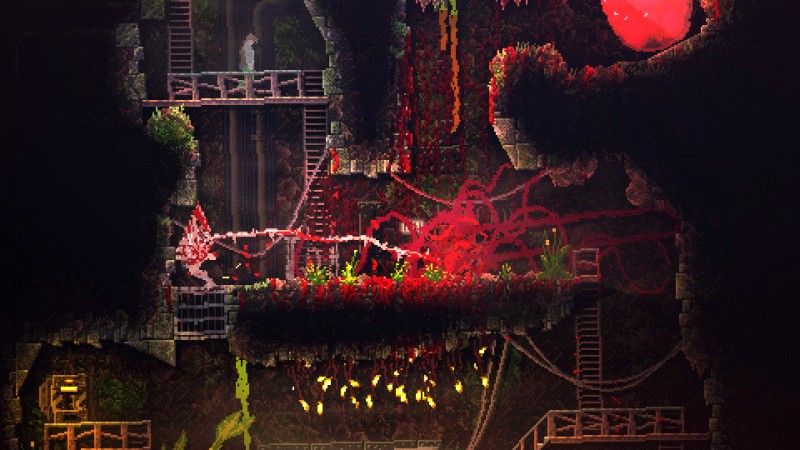 Your Powers Are Diabolical

Those aforementioned powers that you need to turn humans into snacks make your creature go from being a hulking monster of death to something even more dangerous. During the demo, we saw two powers on display: a webshot and invisibility. While invisibility is pretty upfront, letting you slither past security cameras and armored foes, it's still useful and nifty, making you feel like The Predator. Webshot blasts foes into walls and leaves them hanging, still kicking, for you to munch on later. It's a smart way to remove one foe from the equation when you step into a room filled with multiple enemies.

Phobia also said a power is in the works that lets you take on the form of certain humans to blend in with them but we didn't get to see that in action. 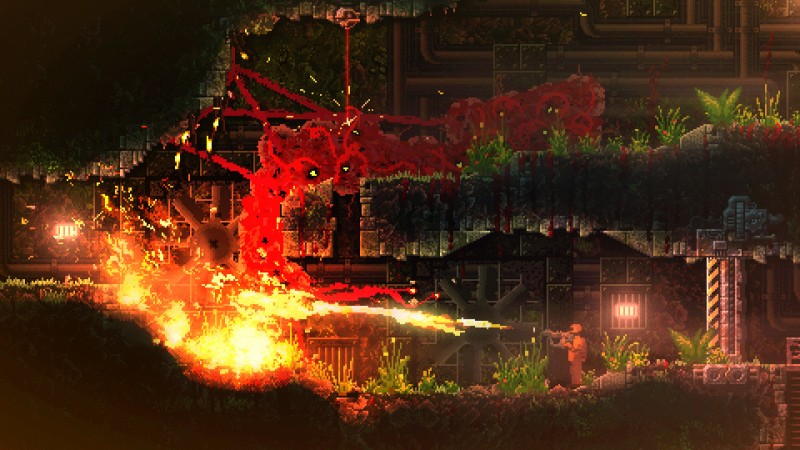 You might think the fact that you're a big roving monstrosity of death might make the game easy. That's not the case at all. Beyond having to navigate the Metroid-like structure of Carrion's facility, the enemies who roam it are often encased in armor and wield assault rifles and flamethrowers. They are, in other words, uneatable. However, that doesn't mean that killing them isn't fun.

You'll have to use your nasty beast's writhing tentacles to pick these fellows up and slam them against walls and ledges until the bodies inside said armor are fleshy, red mush. However, with multiple foes, you'll often have to strategize. This can mean grabbing one guy, pulling him into a vent, and smashing him around before going after the other one. Sometimes it's best to avoid fights all together since you can't eat these enemies for health. 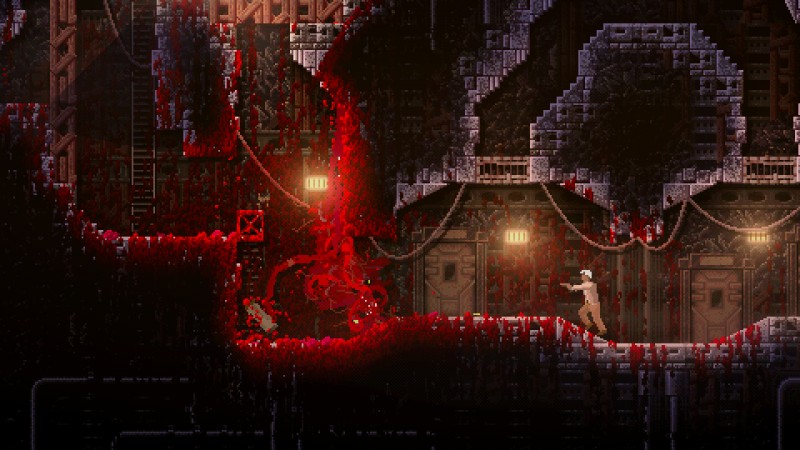 Yes, John Carpenter's The Thing has already had a solid video game adaptation (you can watch us play it right here). However, Carrion's (unofficial) take on that movie's concept, of a big nasty monster assimilating, destroying, and doing everything it can to escape mankind's grasp, is infinitely more interesting to me since it puts you in the role of the monster itself.

I had a blast tearing through the facility and the scientists that inhabit it. So far Carrion is good gory fun, and I look forward to untangling the mystery of who this creature is and whether or not the people I'm turning into chow deserve it.

For more on our favorite games from E3, check out our awards for this year's show.